Open Beyond the Academy: Building Community Through Open Social Scholarship 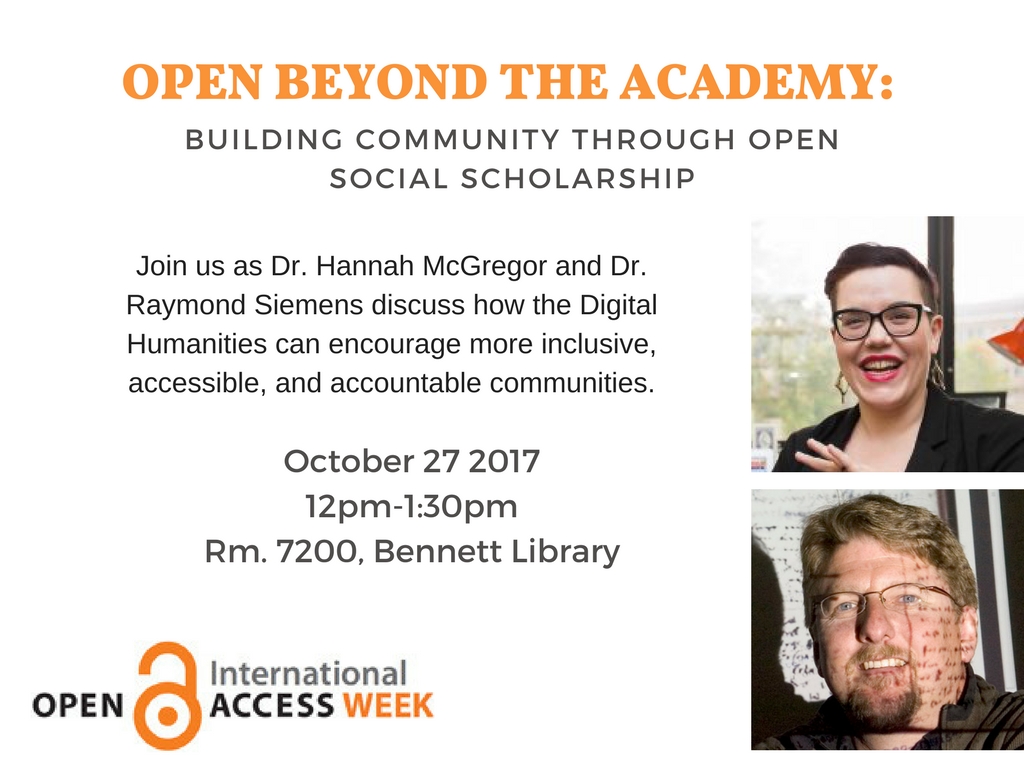 Hannah began the panel with a talk on podcasting and the peer review process. Her focus was on accountability to communities, drawing on her own experience on the podcast she makes with Marcelle Kosman called Witch, Please, which takes a feminist approach to the Harry Potter universe. As the podcast gained listeners that were Harry Potter enthusiasts, feminists, and others, these communities began to call Hannah and Marcelle to account when they made mistakes - for example, in the language they used about marginalized communities. Because their community could easily reach them, Hannah and Marcelle could rethink, apologize, and do better, immediately and publicly. As an alternate model, Hannah presented the academic peer review process for journal articles, which centers review around standards that do not take into account a community of peers. Could the podcasting model help us radically rethink the way we peer review, Hannah asked, “to ensure that scholarship remains accountable to the communities it serves?”

Ray continued the panel by discussing the conceptual evolution of Open Scholarship. Proposing a functional definition for Open Social Scholarship - the creation and dissemination of research beyond the academy -- Ray suggested that as academic methodologies change to include non-academic communities, research questions may begin to change along with them. Drawing on Northrop Frye and William Winder, Ray talked about the evolution from  an older “assembly-line” model of knowledge accumulation and storage toward current scholarly models of knowledge production that include retrieval, reuse, and new engagement possibilities. To understand how  these models were working in Open Scholarship, Ray surveyed the field via the work of Alyssa Arbuckle, Randa El Khatib, Lindsey Seatter, and others. After their own initial theoretical interventions, together they carried out  experimental and experiential research intending to  open up academic knowledge. This has included the development of the Canadian Social Knowledge Institute which includes, among other initiatives, an Honorary Resident Wikipedean (currently Constance Crompton). Ray concluded with next steps for Open Social Scholarship, including ways to make academic research and research tools visible and accessible beyond the academy.

Audio recordings of this panel are available here.