Tension and Risk in Open Scholarship 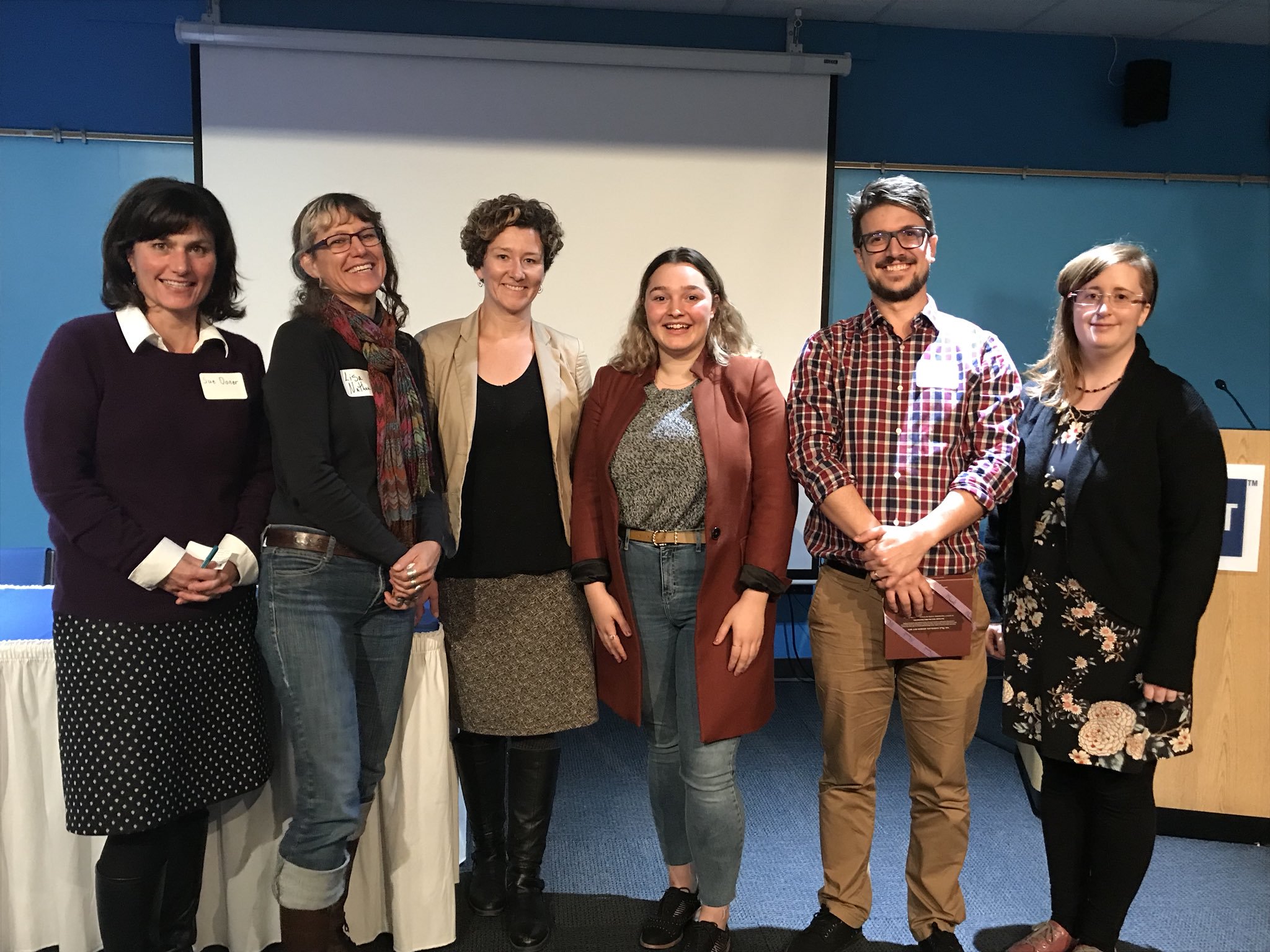 The term Open Scholarship refers to the practice of making academic research and education freely available to both other members of the academy and the public. For many scholars, educators, librarians, and students, Open Scholarship represents a positive direction for the academy as a place of public access, inclusion, and engagement. Openness does, however, present challenges, and on October 26, 2017, panelists and participants gathered at BCIT to discuss these challenges and how to remain mindful of them. While each panelist worked in and was committed to Open Access, they were also committed to acknowledging and addressing the downsides and dangers of open scholarship.

The panel was called Tension and Risk in Open Scholarship, and it was a part of International Open Access Week. Along with the panel discussion, the evening included a reception and breakout activity, and brought together faculty, students, librarians, and educational partners from the lower mainland. After refreshments and coffee,  Amanda Coolidge (BCcampus) moderated the panel, which featured Sue Doner (Camosun College), David Gaertner (First Nations and Indigenous Studies, UBC),  Jessica Gallinger (SFU Library), Christina Illnitichi (AMS, UBC), and Lisa Nathan (School of Library, Archival, and Information Studies, UBC). Rather than deliver papers, panelists responded to questions from Amanda. While these were sometimes directed at particular participants, this model allowed for flexibility and more conversation among panelists.

The conversation began with a question that referenced Paul Freire’s Pedagogy of the Oppressed: is Open Education a part of freedom or a part of conformity? Jessica Gallinger noted that the ideology of Open Access is not as transparent as we may think, and Lisa Nathan and Dave Gaertner reminded us that commitment to Open Scholarship shouldn’t preclude an openness to concerns and dissent.

One of the issues addressed was the impact of Open Access on Indigenous communities. As Dave pointed out, even the concept of Open Access is problematic in the context of the unceded territorial lands we occupy. Dave cautioned that scholars might appropriate or misuse Indigenous cultural objects and knowledge in their attempts to archive and distribute. He and Lisa urged scholars to consider who will benefit from knowledge being made open; Indigenous communities do not need saving, Dave reminded us, but they may want support. Lisa also complicated the idea of Creative Commons copyright solutions for Open Access materials by noting that copyright itself is a colonial concept, and it affects how we understand the very idea of intellectual property. Lisa mentioned a student who was working with Indigenous notices of intellectual license, an alternative to the concept and practice that could also help scholars to rethink and decolonize openness.

The panel also addressed questions of Open Pedagogy. Christina Illnitichi noted that working in the open can have tangible benefits in the classroom, encouraging students to contribute to knowledge production, but what it is and why its being used is often under-explained. Lisa and Sue Doner advocated for students and scholars to have the opportunity to work in privacy if they want or need, and Dave reminded us that the Open is not a utopia - marginalized identities may face real danger and violence in public, online spaces. And while Open Education Resources - like textbooks - can make education more affordable, educators still need to find ways to discover what students need.

The issue of data and consent complicated the idea of openness further, as Jessica suggested that it would be impossible for someone to consent to all the possible ways their data might be used once any identification has been stripped from it. And, in the context of open pedagogy, Sue and Dave insisted that Open Access proponents and providers need to be sure that infrastructure and platforms are accessible to the students and communities it is attempting to serve. Another area of concern that emerged was tenure and promotion, as Lisa noted that scholars may not feel able to participate in Open Access if those forms of scholarship are not valued at their institutions. (For those interested, the ScholCommLab is undertaking an assessment of current practices in review, promotion, and tenure across Canada and the United States; learn more about Assessing Current Practices in Review, Tenure, and Promotion.)

After the panel discussion, panelists and audience members gathered together in breakout groups to discuss various aspects of the discussion in more detail. This allowed participants a chance to share and discover how their community members were engaged in thinking through Open Scholarship concerns.

At one point on the panel, Sue asked those working in Open Access to reflect on their own privilege. In doing so, they can avoid making assumptions about the accessibility of their work and consider who might be excluded by the choices they are making. This evening certainly brought participants one step closer to doing just that.

The Centre for Teaching, Learning, and Technology at UBC has made a video recording of the event.

With thanks to those who took collaborative OA week notes.