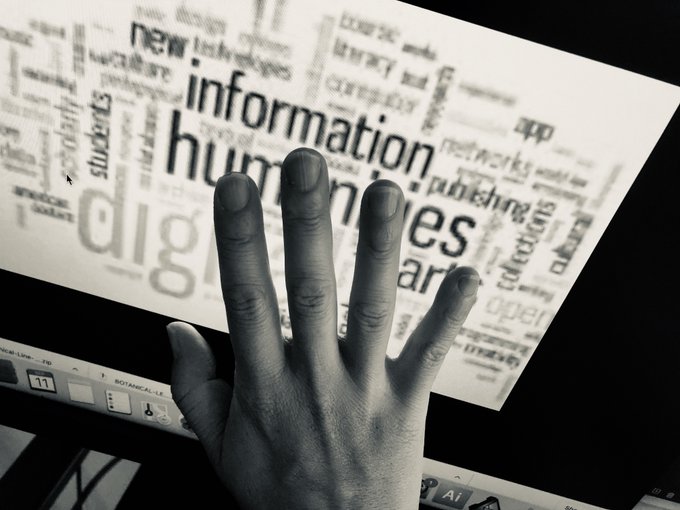 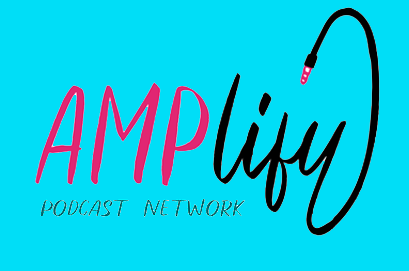 Between 1536 and 1642, more than 9000 English parish communities were ordered to purchase certain printed texts. Were these injunctions ignored or followed? If they were obeyed, what books did these communities buy? For how much money and from where? Where were they kept? Books in English Parishes is a database of transcripts of all of the surviving parochial evidence. This project permits us to ask new questions of the workings of the book trade and the dissemination of early printed books throughout early modern English society.

Principal Investigator: Sabrina Higgins
Department of Hellenic Studies
The Digital Mary Project aims to curate an international digital collection and database of the material culture related to the cult of the Virgin Mary. Its primary objective is to build a comprehensive open-access database of artistic productions, texts, artefacts, and architectural features related to the Cult of Mary in the Mediterranean Basin from the eastern late antique and medieval worlds. It is the first online resource/database to facilitate research in the field of Marian Studies.

Principal Investigator: Jeremy Brown
Department of History
This project aims to develop a digital archive of grassroots documents, including diaries, government documents, and other original sources from China dated between 1950 and 1984. Using Omeka and hosted at SFU, this searchable collection will provide access to approximately 8,000 images and more than 5 million digitized Chinese characters of grassroots historical Chinese documents to the scholarly community. The sources in the database will serve as the basis of original scholarly contributions, including journal articles, monographs, and theses.

HIV and the Network Society

Principal Investigator: Cait McKinney
School of Communication
This project studies the overlap of two understandings of the network society: one that emerged from the AIDS activist sector, and one from the popularization of network technology at the end of the 20th century. The project uses archival research in a digitized dataset called No More Silence, to document how network and technology expertise were shared between technology sectors and AIDS activists during the 1980s and 90s. The goal is to advance knowledge of how HIV left an imprint on network technologies, and to better understand how sexuality and disability factor in technological cultures. 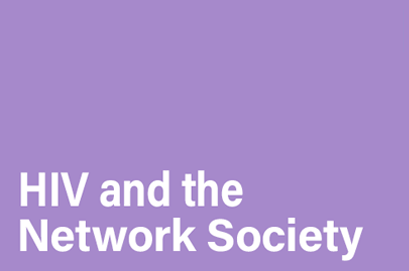 Principal Investigator: Betty A. Schellenberg
Department of English
Describing and Defining the 18th-Century Manuscript Verse Miscellany explores the common organizational, decorative, authorial, and thematic features among a study group of 100-150 unique manuscript verse miscellanies preserved in widely scattered archives. Its ultimate aim is to organize these features in order to arrive at a genre definition.

Principal Investigator: Jennifer Spear
Department of History
This currently under construction database seeks to recreate and analyze the economic and social networks that free women of colour created in late eighteenth-century New Orleans to survive and improve their families' lives in late colonial North America. Drawing on the richness of New Orleans' archives for uncovering the lives of ordinary people, it traces all recorded sales and donations of property, powers of attorney, sales of people, letters of freedom, births, marriages, and deaths.

Principal Investigator: Colette Colligan
Department of English
The Wilde Trials News Archive is a custom-built textbase and text-sharing detection program for analyzing international news reports about the famous 1895 trials of Anglo-Irish writer Oscar Wilde. This research tool detects, quantifies, and displays text reuse and censorship in international newspapers, allowing users to track the flow of news around the world and across borders and across languages, thus far across 1 million words, 1,000 documents and 10,000 matching paragraphs. Currently in progress, the project's background can be explored here.

Principal Investigator: Michelle Levy
Department of English
The Women's Print History Project 1750-1836 (WPHP) is the first comprehensive bibliographical database of women's contributions to print for one of the most convulsive periods in the history of both women’s writing and print. The database, with nearly 2,000 person entries and over 8,000 title entries, will enable rigorous quantitative analysis of patterns in women's print history.

Principal Investigator: John Maxwell
Publishing Program
Aldus@SFU is the digital home of the Wosk-McDonald Aldine Collection from the press of Aldus Manutius (1452-1515), the foremost editor, printer, and publisher of the Italian Renaissance. The project will establish a permanent and public-facing interpretive archive and website that is fully integrated with rich metadata.

Principal Investigator: Henry Daniel
School for Contemporary Arts
The Artistic Performance Archive is a database that collects videos of dance rehearsals and performances, as well as interviews of dancers, choreographers, and even musicians. This project aims to make these materials available through the long-term data preservation system, Radar, so that researchers and artists can remix and reuse them.

Between the Physical and the Virtual: Anthropology, Art, and Emergent Digital Hybrid Spaces

Principal Investigator: Kate Hennessey
School of Interactive Arts and Technology
Between the Physical and the Virtual is grounded in the ongoing work of the Ethnographic Terminalia Collective, which since 2009 has staged annual exhibitions in major North American cities that explore the intersections of art and anthropology. It will develop an open access web-based archive of the ETC exhibitions and pedagogical tool for teaching about anthropology and art.

Principal Investigator: El Chenier
Department of History
Bridging the Gap is a continuation of Dr. Chenier's work on the Archives of Lesbian Oral Testimony, linking its archives to the broader community of users, specialists and non-specialists. The project will use the affordances of the digital archive to build an architecture of participation, enabling users to contribute their own content and meet people with similar interests.

Principal Investigator: Carole Gerson
Department of English
The Database of Canada's Early Women Writers intends to expand the work of the Canada’s Early Women Writers (CEWW) project, a bio-bibliographical database of selected women authors. It will assemble basic information about a vastly extended collection of writers and create a searchable database associating authors with their publications, life dates, and primary residences.

Principal Investigator: Alix Shield
Department of English
This project aims to digitize a selection of Mohawk writer E. Pauline Johnson’s Legends of Vancouver texts (1911), highlighting the textual and paratextual changes that occurred throughout different editions of the text and creating a digital critical edition to be hosted by the SFU Library.

Principal Investigator: Deanna Fong
Department of English
The Wah Archive is a digital bibliography and repository of the works of Canada’s fifth poet laureate, Fred Wah. The site contains detailed bibliographic records and, where available, full-text scans of Wah creative, critical and editorial oeuvre, and maps out a network of social relationships around the production and dissemination of these texts. The archive is co-edited by Deanna Fong (SFU), Ryan Fitzpatrick (SFU) and Janey Dodd (UBC).

Principal Investigator: Margaret Linley
Department of English
The Lake District Online is a MySQL database that collects bibliographical data about writing on the Lake District held by the SFU library’s Special Collections. By making this data public, searchable and interactive, it provides researchers with the opportunity to investigate the extent to which the book ecology of the local English Lake District is informed by and linked to global geographic space.

Listening to the City

Principal Investigator: Milena Droumeva
School of Communication
Listening to the City seeks to develop a multimodal interactive map to host a series of photos, decibel measurements and audio recordings made in coffee shops around the city of Vancouver. This project employs a mixed approach of digital ethnography and ethnography of everyday life to both present and showcase—but also further analyze at a glance—comparative sonic environments in urban spaces.

Make Believe: The Secret Library of M. Prud’homme –- A Rare Collection of Fakes

Principal Investigator: Claire Battershill
Department of English
Co-Principal Investigator: Heather Jessup
Langara College
Make Believe explores how fakes and imagined historical reconstructions shape our understanding of Canada's real history and of the role that museums, libraries, and cultural institutions play in creating narratives. Fifteen writers were paired with fifteen artists to describe and create a fake object or archival document that make up this imagined library. The resulting materials will be exhibited in Spring 2019 at Halifax Public Library and Nova Scotia Archives, March 2019; Massey College Library in Toronto, May 2019; Saskatoon Public Library, June 2019; Vancouver Public Library, July & August, 2019; these exhibitions will be accompanied by a digital exhibition.

New Narratives in the History of Philosophy

Principal Investigator: Lisa Shapiro
Department of Philosophy
New Narratives in History of Philosophy is an open access, searchable database that will house and deliver a comprehensive bibliography of works by early modern women as well as digitized texts, podcasts, and other resources. The current phase of this project involves incorporating new manuscript images and transcriptions into the collection, including a TEI digital edition of seventeenth century French moral philosopher Gabrielle Suchon’s Du Celibat Voluntaire.

Principal Investigator: Frédérik Lesage
School of Communication
The Photoshop Inscriptions Project sets out to trace the emerging vernacular/popular genres of communicative practice for defining how Photoshop can and should be used on YouTube.  The project collects metadata and captions from a sample set of videos. Alongside interpretive methods, the project outline a typology of genre profiles for these YouTube videos. To learn more about the project, read our interview with Professor Lesage.

Principal Investigator: Leith Davis
Department of English
Reconstructing Early Circus: A Database of Entertainments at Astley’s Amphitheatre, 1768–1833 provides a database of musical and theatrical performances that took place in the developing circus from 1768-1820. It collects and transcribes announcements and clippings documenting Astley’s Circus to help scholars understand the importance of the circus to popular entertainment in Romantic-era London.

Liaison Librarian: Holly Hendrigan
Faculty of Applied Sciences
The TechBC Memory Project is a collection of thirty interviews that documents the experiences and reflections of the community of the Technical University of British Columbia in Surrey, British Columbia. TechBC was a public university that operated within the Surrey Place Mall from 1999 to 2002 before being folded into SFU. Each item in this collection includes: the audio of the interview with enhanced indexing, the ability to navigate to specific times during the conversation, a metadata tab which provides additional information about the interview and the interviewee, and a third tab with the full transcript.

The World Republic of Childhood

Principal Investigator: Melek Ortabasi
World Literature Program
This project aims at building an international and multilingual corpus of childhood memoirs written by authors who were children between 1870 and 1930. Each record is also being coded in order to articulate the connections among different elements of childhood cultural consumption and experience during this period. The resulting database will allow powerful full-text and topic-based searching on the contemporary culture of childhood reading.