The parts of speech: The first 4 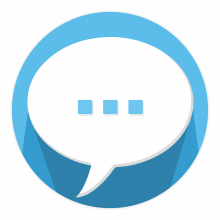 Learn about Nouns, Pronouns, Adjectives, and Verbs: What they are and how to use them in your writing!
Published July 9, 2019 by Julia Lane

According to the Canadian Writer’s Handbook, 5th edition, “[w]hat part of speech a word is depends on its function in a particular sentence” (p. 98). In this Grammar Camp series, we will review eight main functions of words:

That may seem like a lot to take in, but don't worry! We will break it all down, and we are only going to cover the first 4 in this post.

If you'd like to watch a visual presentation about these parts of speech, you can download a powerpoint show. Choose "The Parts of Speech" (but note that the file is pretty huge).

A noun (from the Latin nomen, “name”) is a word that names or stands for a person, place, thing, class, concept, quality, or sometimes an action that is not a verb.  We can divide nouns into specific types:

A proper noun names a specific person, place, or thing and begins with a capital letter: Harry Potter, Hogwarts.

A concrete noun names a tangible (that is, physical) object: bell, book, candle.

TIP: In British usage, some collective nouns are considered plural, as in “The government have now passed a new budget bill.” In North America, this usage is nonstandard (incorrect).

A pronoun is a word that stands for, or serves the same function as, a noun. Most pronouns stand for a noun that comes before them, called the antecedent. And when you don't have a clear antecedent, your sentence can become confusing for your reader.

There are nine distinct types of pronouns (some resources consider reflexive and intensive as one type). Don’t worry about memorizing these! In fact, we don't even suggest you try! It’s enough to be able to recognize a pronoun and know what its antecedent is. This will help you to diagnose some common pronoun errors.

TIP: Use the following three strategies to help you recognize and avoid common pronoun problems:

(1) Make sure personal pronouns use the correct CASE. This means the form of the pronoun must change depending on whether the pronoun is functioning as the subject (I, she, they) or the object (me, her, them) in a sentence, or whether it’s possessive (mine, hers, theirs).

(2) Make sure pronouns agree with antecedents in NUMBER. This means singular pronouns (I, he) must refer to individuals, and plural pronouns (we, they) must refer to groups. Note: It is appropriate to use "they" as a singular, gender-neutral pronoun. For example, "My friend Stevie is coming over, and I can't wait because they are the life of the party!"

(3) Make sure the pronoun REFERENCE is correct. A pronoun must refer logically and unambiguously to a specific word, phrase, or clause that comes before it (antecedent). A common problem is to use "it" or "this" in such a way that it's unclear what they refer to (or, in grammar-talk, which noun is the antecedent).

An adjective describes or modifies a noun or pronoun and always comes before the noun. Effectively, an adjective adds more information “to make the meaning of the noun or pronoun more vivid, clear, or precise” (Ruvinsky, 2009, p. 15). There are two major kinds of adjectives: 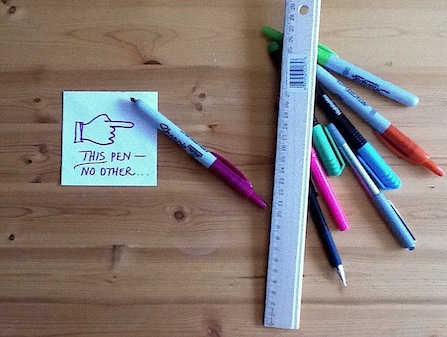 Examples of non-descriptive adjectives include this, that, these, those (demonstrative pronouns), my, her, its, their (possessive pronouns), some, any, more, several (indefinite adjectives), and numerical indicators like five, eleven, twenty-seven.

As you can see above, sometimes words can have more than one function in a sentence... that's where the confusion can sometimes come in. But don't get discouraged! Thinking about the job that a word is doing in a particular sentence can help you to determine what part of speech it is, in that case.

A verb — often considered the heart or focal point of a sentence — expresses action, occurrence, process, and condition or state of being.

For now, suffice to say that verbs play two main roles in sentences: 1. They provide the action, 2. They link the subject and the object.

Because verbs merit special attention, we will do a follow up post on Verbs and Tenses on our Grammar Camp series soon (keep your eyes peeled!). And, tune back in next week for the next 4 parts of speech: Adverbs, Prepositions, Conjunctions, and Interjections... Oh my!

Don't forget, next week's post will include two self-test quizzes, so you can put all this knowledge to the test!