Changing the academic system to be more accessible

“You shouldn’t have to pay a large sum of tuition to have access to basic information,” Melissa Roach says when I ask her what she’d like to change about our academic system. “It just creates layers of mediation between scholars, media and the public, and that disconnect can cause a lot of misunderstanding.”

Roach is a fourth year English student at SFU, a Communications Coordinator for SFU’s Vancity Office of Community Engagement, and a former news journalist. She’s also one of 11 students who participated in the President’s Dream Colloquium on Making Knowledge Public with me last fall.

A colloquium exploring research and society

Part public speaker series, part seminar course, the colloquium brought together students from across the university in a wide-ranging exploration of how research makes its way into society. Over the course of the semester, we attended public lectures and seminars with leading experts; added public commentary to our course readings using a tool called Hypothes.is; and produced an eclectic mix of final projects—all of which are publicly available in the Course Journal for Making Knowledge Public. By enrolling in the colloquium, we didn’t just learn about making knowledge public; we actively participated in the process.

But the format wasn’t the only thing that made the course unique. With students spanning  academic disciplines, education levels, and interests, our cohort was one of the most diverse I’ve ever been a part of.

To find out more about how others experienced the colloquium, I interviewed three of my classmates—Melissa Roach, Carina Albrecht, and Kari Gustafson—and asked them for their thoughts on making knowledge public.

How did this course differ from other learning experiences you’ve had?

MR: “It was great to meet so many people from different disciplines and also pursuing so many different levels of education. The climate within the classroom and the kinds of conversations we were having was different from almost every other class I’ve taken. The classroom felt like a really good space to be in. Everybody brought such different perspectives to it.” 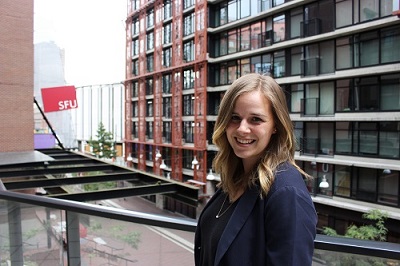 “The climate within the classroom and the kinds of conversations we were having was different from almost every other class I’ve taken.”—Melissa Roach

CA: “If I had to define it in a word it would be engaging. It was fun to come to the class! The mix of public lectures and private classes was really interesting. You get perspectives from outside of the classroom—not only from your professor. To learn from other people and experts, that really was a privilege.”

KG: “I really enjoyed doing the online reading annotations with hypothes.is. It was a really good learning tool. I could have taken notes for myself on a PDF—annotated things to bring to class to talk about. But somehow having the possibility of actually having the discussion in the same moment that I was reading about it felt really good.

What was it like having to do all of your work in public?

MR: “It was a little intimidating! When I went into the course, I was expecting to do something around science communication for my final project, around helping others share their research work. Amplifying the voices of others is what I do in my work as a communicator, so I decided to put my own ideas out there instead and I’m glad I did. I think it was a good challenge.”

CA: The feedback was good, especially for our Medium article on the public’s perceptions of university knowledge production. We put our blog post out there, and we weren’t expecting much of it. It was just an assignment. But the response that we got from the public was exciting. It was clearly a topic that people were interested in. Getting a sense of what other people were thinking about this topic was really cool.”

KG: “I liked it. It was extremely useful being forced out into public commentaries. I don’t like to tell people when I think they’re wrong, or sound like a know-it-all, so I usually don’t. I’ll read something, but I won’t actually take the next step, which is to comment on it or formulate that thought in a way that makes sense. It was slightly anxiety-inducing, but also really good to get over that hurdle.” 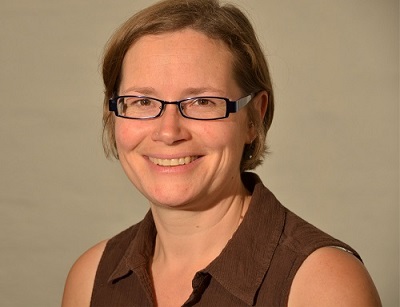 “It was extremely useful being forced out into public commentaries. I don’t like to tell people when I think they’re wrong, so I usually don’t. It was really good to get over that hurdle.”—Kari Gustafson

Did the course change your thinking in any way?

MR: Before taking the course, I was of the attitude that my academic work wasn’t really valid unless some other person or publication decided that was worth sharing. To have Juan [Pablo Alperin, the course instructor] say, “Go ahead, post it on the internet. You can do that.” Mind blowing.

CA: I think that the most valuable thing that I learned from the course was about how academia works: the process of publishing, what is open access, what is not. I had no idea about all of that going into the course. We have this idea that academics just need to write articles and publish them, and that’s all making knowledge public is. But it’s way more complicated than that.” 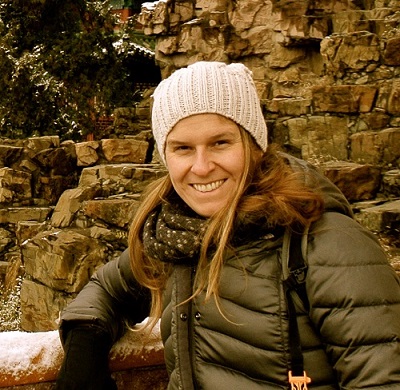 "We have this idea that academics just need to write articles and publish them, and that’s all making knowledge public is. But it’s way more complicated than that.”—Carina Albrecht

How do you feel about making knowledge public, now that the course is over?

MR: “That was the big question at the end [of the course], ‘How do you feel now?’ I think I have very mixed feelings. I think that being aware of the systemic obstacles to practicing public scholarship and being inclusive as a university—at least knowing what the challenges are—that’s where you can be optimistic, because you know what needs to be worked on.”

CA: We brought up a lot of problems during the course. I left with the impression that making knowledge public is really hard, and that we have a long way to go before we can actually get to a good place. I think it is an achievable goal, but I think that we’re moving toward it in slow motion.”

KG: “The course made me rethink the question of, “What is my role as an educated person? I had always thought about the elitist aspect of making knowledge public—that I shouldn’t sound like I know more than other people do—and not so much about the fact that sharing knowledge is actually a responsibility.”

What are you planning to do next?

MR: “I don’t really have plans to be a career academic. But one thing I took out of this class is that you don’t have to be at an institution to always be learning, or to make an impact in your community. That was one thing that was kind of inspiring to me, that I don’t have to pay for a graduate degree to keep working on issues that are important to me—especially if the scholarly world gets its act together and all the journals become open access!”

CA: “The course gave me an awareness of my own future. I want to be in academia. But now]I’m going into it with different eyes, especially when it comes to the expectations for tenure and promotion in your career. Learning about those was really a bit of a bummer for me. But it’s better to know before than after.

KG: “My dream job would be to teach at a community college or rural branch campus, and work on small, action research-type projects. Education—or knowledge—shouldn't just be for "elite" students or those able to study full-time in urban areas. It should be local, situated, affordable—preferably free—and universally available regardless of ability, age, and income.”

Kari Gustafson is a PhD student in the Faculty of Education, and has an MA in Educational Psychology from Aarhus University in Copenhagen, Denmark. She is especially interested in developmental and cognitive disability and the experience of belonging and meaningful inclusion. She is currently researching roleplaying games like Dungeons & Dragons, and their potential for supporting socially inclusive educational spaces (plus, it's a good excuse to play fun games with her kids).

Melissa Roach is a student in SFU's Department of English, a communicator for SFU's Vancity Office of Community Engagement, and a freelance writer based in Vancouver. She is interested in exploring modes of university-community engagement that are based in reciprocity and respect, sharing stories that too often go untold, and walking her sweet pup through the forest.

Carina Albrecht is a software developer at the IT Services department and undergraduate student at SFU. She holds a BSc. in Computer Science and will soon graduate with BA in Communication. She wants to pursue a graduate career in critical data studies and critical algorithm theory, and will be starting her MA in Communication this Fall.

Alice Fleerackers is a researcher at the Scholarly Communications Lab and an editor at Art the Science. She holds a Master's in Publishing and a Bachelor's in Psychology. A freelance writer and editor, she’s had the pleasure of interviewing media specialists, psychologists, anthropologists, and others on everything from cat videos to astrology.

Previous post: What do trade agreements have to do with copyright? The Canada-US-Mexico Agreement and fair dealing Next post: Open Education Week: Spotlight on Open Educational Resources (OER) at SFU