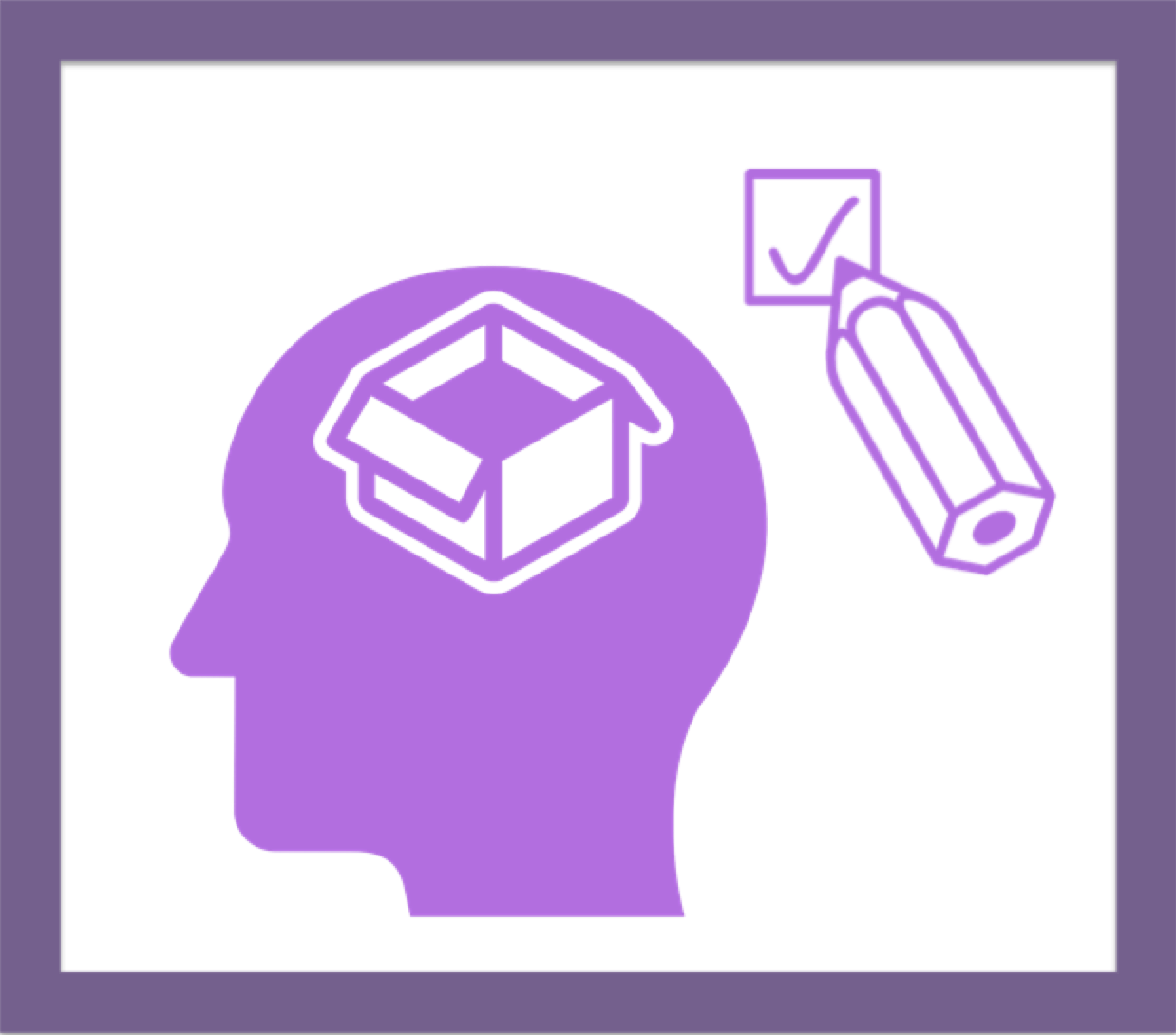 We are all so much more than our age, income, opinions, or shopping habits... right?  Certainly we can't be dropped into simple boxes like that and expect to have much in common with our box-mates...

But what if you change the "or" of my first sentence into an "and"?

My middle-aged, middle-income, ethnically diverse, and environmentally conscious household-with-teens is probably more similar to other households that tick all of those boxes than it is to a random Canadian household.  And if we add a few more variables to the mix -- say... education level, occupation type, and leisure habits -- the definition gets more focused, and the in-group similarity rises.

This argument is at the root of the concept of psychographic clusters -- pre-set clusters of various demographic and psychological variables that serve as a functional shorthand for those who need to design and deliver services, messages, or products to specific parts of the population. Having "all university-educated Canadians" as a target is probably too broad to be useful, but if you instead aim for "university-educated families with young children who live in dense urban areas," then you will have a much simpler task.

Making your work even easier is the fact that these clusters of similar people tend to live near each other.  In fact, the Globe & Mail published an article on exactly that topic: In Canada, you are where you live, population profiles say. (Here's a link to an SFU-only version of that article if the first link doesn't work for you.)

Great - but where can you get more information on these cluster things?

As the G&M article mentioned, one of the main systems of psychographic clusters in Canada is developed and used by Environics Analytics: Prizm5.

So... now that you know what clusters are, I bet you're just itching to use them!  Maybe you want to find out which neighbourhoods in Metro Vancouver have the highest percentage of "New World Symphony" people? Or which cities in Canada have the most "Urban Elite"?

For that sort of information, you'll want to check our SimplyAnalytics database!

Besides giving SFU researchers the ability to map Canadian census and spending data by neighbourhood, city, or province, and the ability to overlay the locations of over a million Canadian businesses on the same maps, SimplyAnalytics also offers Market Segment data for all of Canada in Prizm5 format.

Here, for example, is a map of parts of Metro Vancouver, colour-coded to show the density of "Boomerang City" residents (click to enlarge): 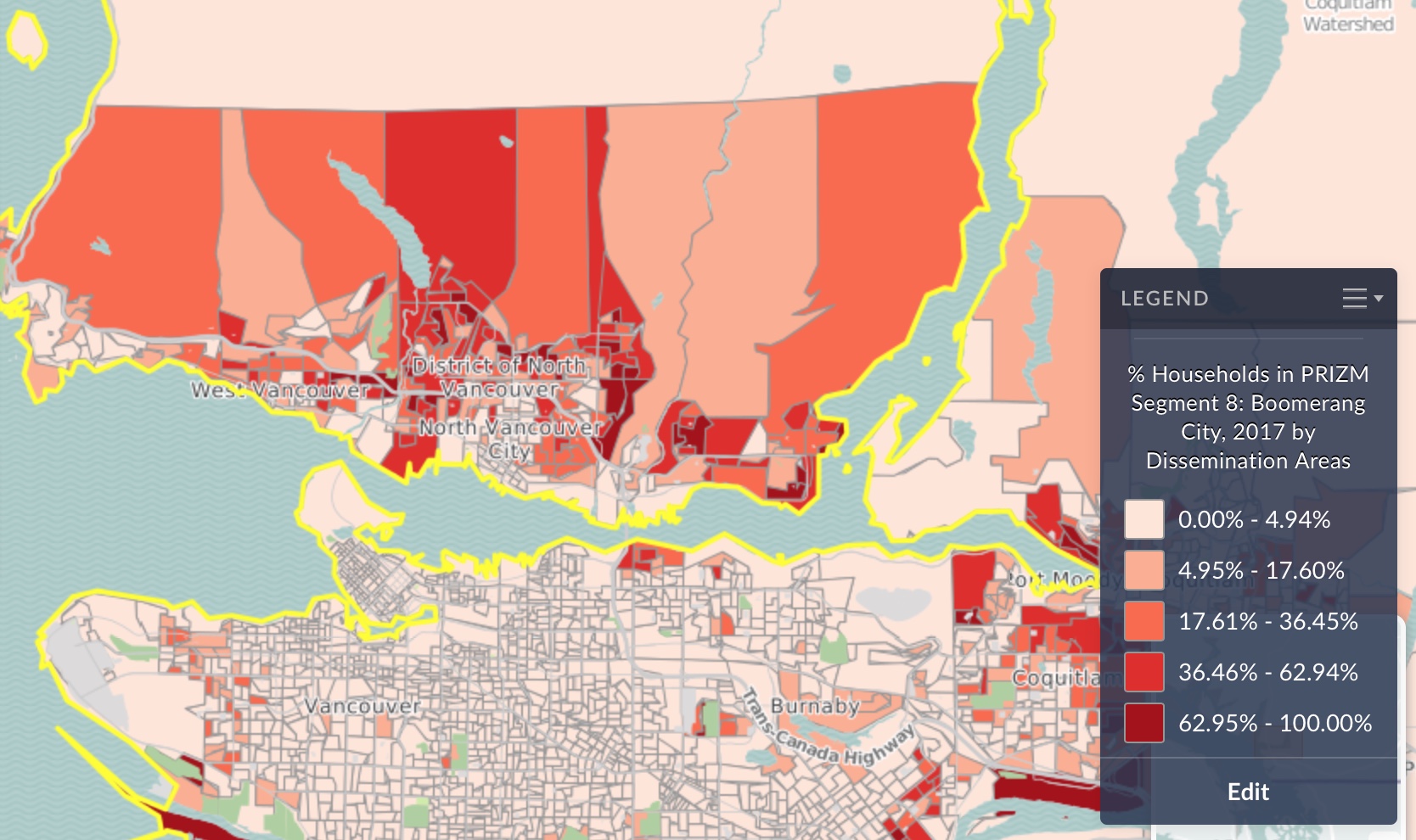 Note: On your way into the database, consider registering (free) for a personal account so that the  database will remember which projects you have open between sessions. If that's not a concern, choose the "Guest" option -- there's no cost since we've already paid for the SFU subscription.

Questions?  Send them my way!