They aren't, however, free memes... A good cartoon requires deep talent -- both artistic talent and a talent for perceiving the world critically, for seeing trends and issues below the shiny surface. That talent needs to be compensated, because an impactful cartoon takes time, skill, and experience to create and is valuable for a functioning democratic society.

It also needs the backing of institutions with strong backbones and deep pockets, because without protection such critical perspectives can all too easily be SLAPPed away like an annoying jester in a royal court. Newspapers have long been such institutions, but as they cast about for sustainable business models, editorial cartoons are often tossed overboard. 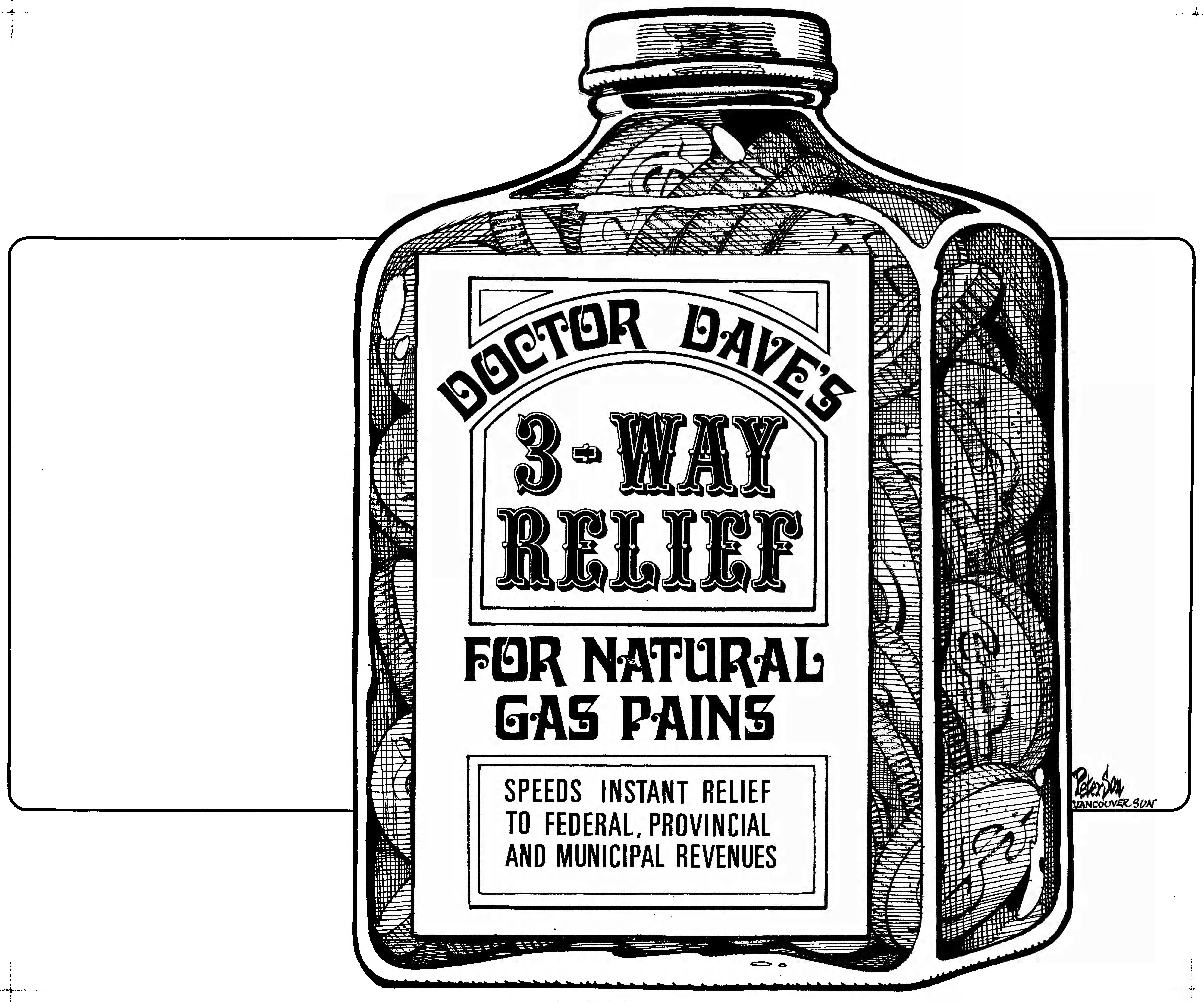 I, for one, would miss editorial cartoons. Such subversive little bits of critical humour are a great way to understand the issues, the zeitgeist, of a specific place and time -- today and in the past... and sometimes both, as you can see with the 1975 BC cartoon above. You can read long history books to try to get a sense of the political and social aspects of a period, or you could just scan a few editorial cartoons.1

I don't have a solution to the problem. I haven't devised a new business model for newspapers or some other mechanism to reward and support editorial cartoonists. I just wanted to highlight that editorial cartoons are valuable to society, so need to be valued by society. I do hope that we find a way to continue to support such work.

For instance, this 1953 cartoon helps us understand that high gas prices and pipelines aren't new news, and topics such as a housing crisis, non-polluting cars, and treatment of refugees are just as timeless. Even SFU shows up in some of the cartoons. Explore!

1 Ok, I'm a librarian, so to be completely honest I think you should both read the books and scan the cartoons!

2 As with many treasures, the originals of the cartoons in this digitized collection are held in SFU's Special Collections and Rare Books Division.  Check out some of their other digitized resources.